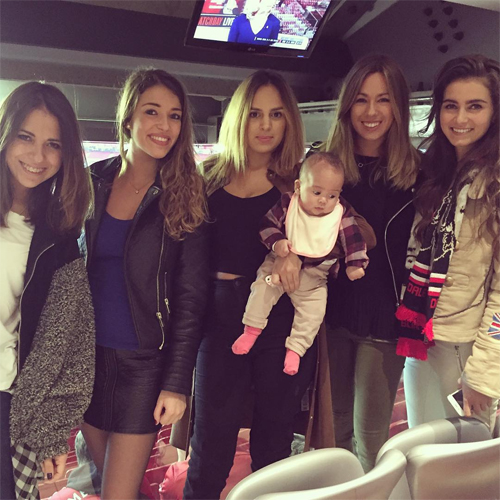 Anthony Martial has wasted no time leaving his imprint on the pitch, and the Manchester United striker’s wife is making a good impression off it.

The Red Devils suffered a surprise penalty shootout defeat by Middlesbrough in the League Cup fourth round after a goalless draw in normal time on Wednesday night.

Martial didn’t take a penalty in the shootout after Wayne Rooney, Michael Carrick and Ashley Young missed their spot-kick attempts at Old Trafford.

While the 19-year-old international couldn’t influence the game on the pitch, Martial’s wife Samantha certainly had a good night making friends with his team-mates’s partners in the stands.

She posted the above snap with the better halves of Matteo Darmian, Morgan Schneiderlin, Juan Mata and Daley Blind and wrote the following caption:

Martial’s wife hasn’t hesitated to keep United supporters updated on their new life in Manchester with a string of Instagram photos with her famous husband and daughter Peyton.