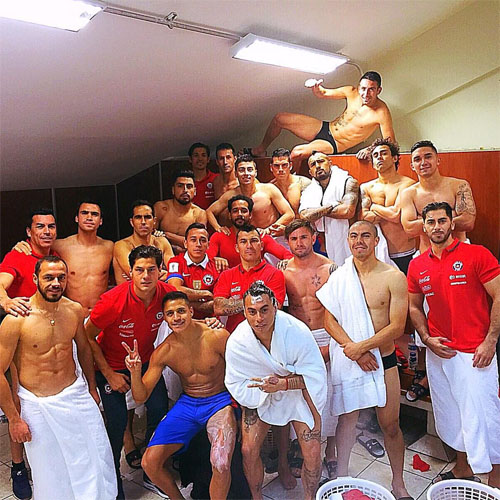 Alexis Sanchez may have been cursed by a Peruvian fans and a tortoise earlier this week, but the Arsenal striker had the last laugh after Chile were 4-3 winners against Peru.

The Gunners forward continued his exceptional recent form for club and country as the 26-year-old scored twice in their thrilling 2018 World Cup qualifier.

Sanchez scored his eighth and ninth goals in the last five games to help Chile move level on six points with current leaders Uruguay and Ecuador.

And the former Barcelona man looked particularly delighted as he posed for a snap with his Chile team-mates after their dramatic win.

Sanchez wrote on the photo-sharing app: “Today we are what we are because of us, nobody has given us anything. THANKS … Enjoy all Chileans. You are also part of this ⚽️”

The Arsenal man scored twice in a 3-0 victory over Manchester United in their most-recent Premier League outing.

The Gunners star scored his first hat-trick a week earlier in a 5-2 victory over Leicester City at King Power Stadium.