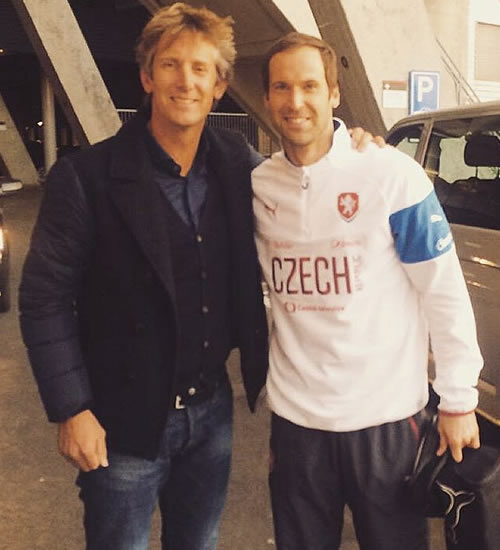 The Czech Republic shot-stopper has been a regular in Arsene Wenger’s first team since arriving at Emirates Stadium from Chelsea during the summer transfer window.

And the veteran goalkeeper spent some time catching up with Van der Sar while on international duty with the Czech Republic on Monday afternoon.

Cech posted the picture above on his personal Instagram account on Monday evening and wrote: “It was great to see the legend @vdsar1970 … @afcajax @manchesterunited @officialknvb”

The 33-year-old Cech has made eight Premier League appearances for Arsenal so far this season since his transfer from Chelsea across London.

He kept a clean sheet as the north London side beat Manchester United 3-0 in their most recent top-flight outing.

Cech will be hoping to feature when the Gunners return to Premier League action with a trip to Watford in the top flight after the international break.