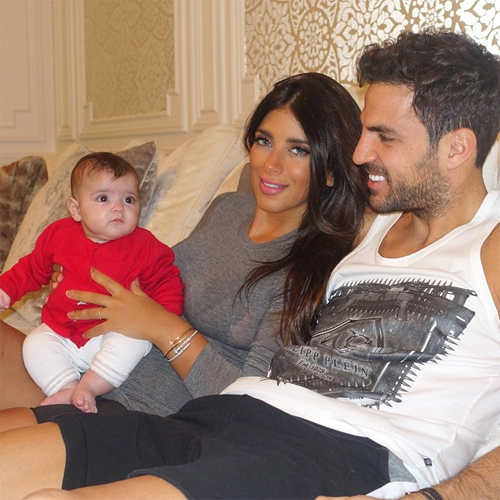 Cesc Fabregas soaked up some domestic bliss ahead of Chelsea’s trip to London rivals West Ham on Saturday afternoon.

The Blues midfielder was unable to inspire the west London side to victory in the Champions League mid-week after a goalless draw with Dynamo Kyiv in Ukraine.

Fabregas has endured a slow start to the season after a return of one assist in nine Premier League games of the defending champions so far this season.

While the Spain international may be struggling to produce the goods on the pitch, Fabregas looks to have achieved perfection off it.

The Chelsea star’s wife Daniella Seaman posted the above snap with Fabregas and their son Capri.

She wrote on her Instagram page: “Capri ❤️ @cescf4bregas”

Fabregas sealed a return to the Premier League in June 2014 after he completed a £27m move to Chelsea.

The Spanish midfielder rose to prominence during an eight-year stay at Chelsea’s London rivals Arsenal.