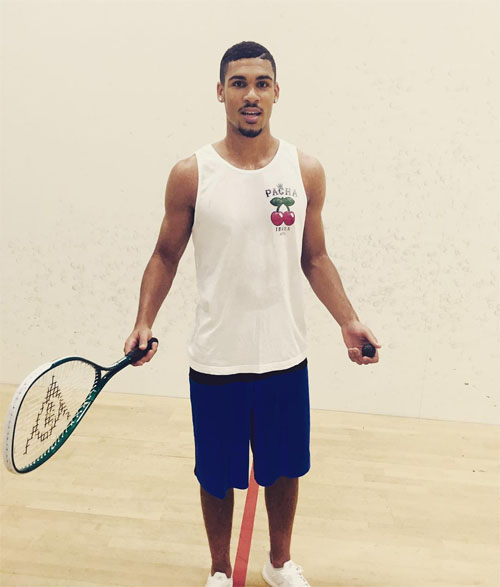 Ruben Loftus-Cheek enjoyed a game of squash on Wednesday less than 24 hours after Chelsea crashed out of the League Cup.

The England Under-21 international was an unused substitute at The Britannia after the Blues lost 5-4 to Stoke City in a penalty shootout following Eden Hazard’s spot-kick miss.

Loftus-Cheek will be hoping to impress Chelsea manager Jose Mourinho ahead of the visit of Liverpool at Stamford Bridge in the Premier League.

And the 19-year-old enjoyed his first-ever game of squash on Wednesday afternoon following a shock Capital One Cup exit.

Loftus-Cheek wrote on his Instagram page: “Played squash for the first time.. Harder than I thought 😅

The Blues face bitter rivals Liverpool at Stamford Bridge in their next Premier League fixture.