Cesc Fabregas did not look happy after being randomly selected for a doping test on Thursday... 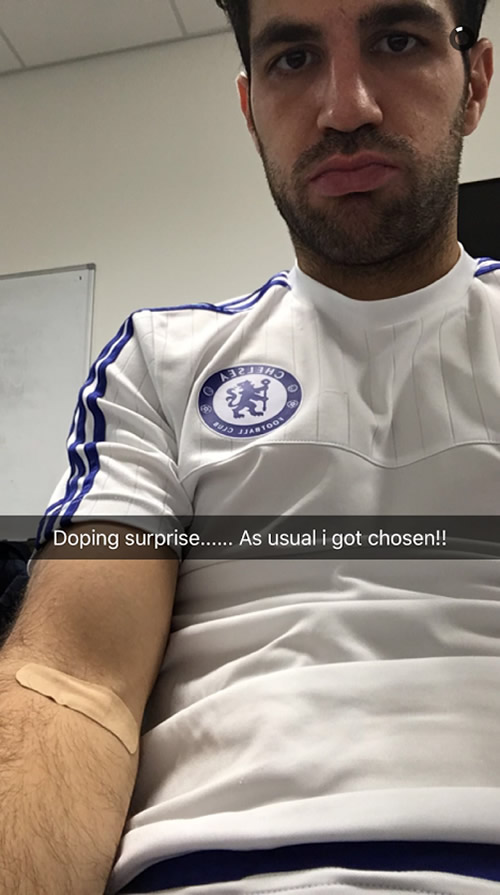 Cesc Fabregas did not look happy after being randomly selected for a doping test at Chelsea’s Cobham training ground on Thursday afternoon.

Premier League players regularly have to provide blood samples as part of anti-doping regulations – and Fabregas did not look too happy at being selected this week.

The 28-year-old Spaniard posted the picture above on his personal Snapchat account and wrote: “Doping surprise… As usual I got chosen!!”

Fabregas and his Chelsea team-mates are gearing up for their crunch Premier League clash against Liverpool at Stamford Bridge on Saturday lunchtime.

The former Arsenal captain has featured in all 10 of Chelsea’s top-flight games so far this season.

Jose Mourinho’s men are looking to return to winning ways in the top flight after they were beaten by West Ham United last weekend.

The Blues have lost half of their 10 Premier League games so far this season to leave them in 15th place in the table and 11 points behind leaders Manchester City.

Photo: Marcos Rojo all smiles with his brother ahead of Palace v Man United

Ander Herrera: Why I feel so at home at Man United