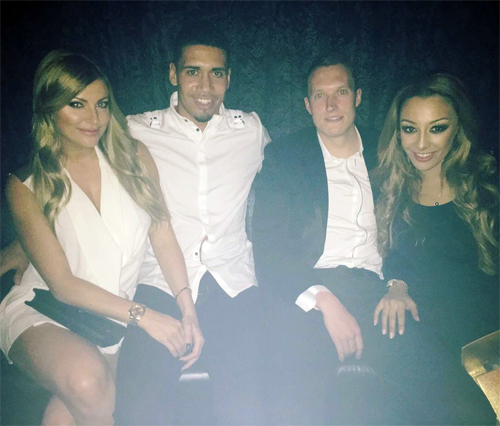 Chris Smalling and Phil Jones look to be taking their centre-half partnership off the pitch.

The Manchester centre-halves helped Louis van Gaal’s side keep a clean sheet in a goalless draw with Manchester United in the derby at Old Trafford on Sunday afternoon.

Jones is staking a claim to be Smalling’s long-term centre-half partner after his return from injury saw the England thrown straight back into the first-team.

And the former Blackburn Rovers defender was present as Smalling celebrated Wayne Rooney’s 30th birthday with his glamour model girlfriend on Sunday night.

Smalling has started all 10 of United’s Premier League games this season.

The Red Devils make the trip to Crystal Palace in their next Premier League game.