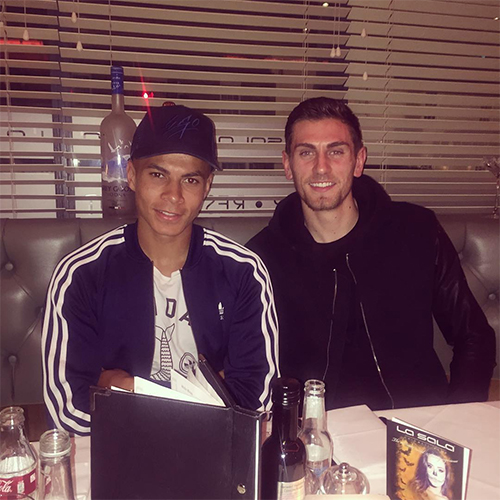 Dele Alli joined Ben Davies for a nice dinner ahead of Tottenham Hotspur’s clash against Liverpool at White Hart Lane on Saturday afternoon.

Alli has enjoyed a good international break after he made his debut in a 2-0 win against Estonia before he appeared in a 3-0 win against Lithuania earlier this week.

Davies has also had plenty to celebrate after the Tottenham defender helped Wales reach their first major tournament thanks to a 2-0 victory over Andorra at Millennium Stadium.

Alli, who moved to Spurs from MK Dons in the summer transfer window, uploaded a snap with his Spurs team-mates ahead of the visit of Liverpool at The Lane at the weekend.

The Spurs youngster has scored one goal in seven Premier League appearances for the north London side this season.

Davies, meanwhile, has featured in seven top-flight games for the Lilywhites this term.