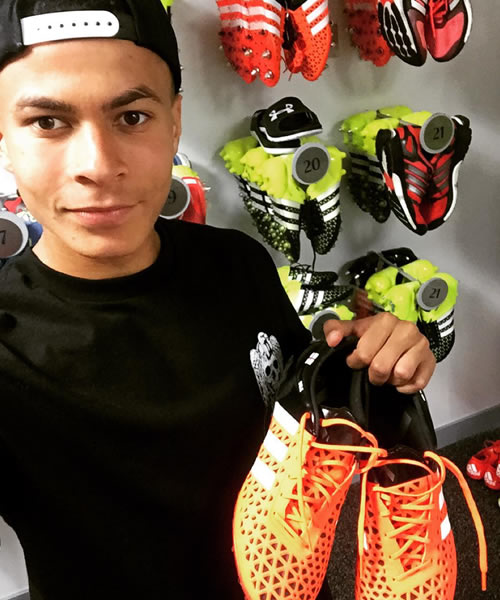 Dele Alli has taken to social media to show off his latest pair of football boots as he and his Tottenham Hotspur team-mates begin their preparations for Sunday’s Premier League trip to Swansea City.

Alli has been a regular fixture in the north London club’s first-team this season and has already notched up six Premier League appearances for Mauricio Pochettino’s men.

He also played the full 90 minutes as Tottenham secured a 1-1 draw in the Europa League group stage on Thursday night.

And Alli is clearly looking forward to Sunday’s trip to South Wales.

Spurs head into their clash with Swansea at the Liberty Stadium in sixth place in the Premier League table, after having taken 12 points from their opening seven top-flight games.

Swansea City, meanwhile, are down in 11th place on nine points heading into Sunday’s showdown.

Paul Merson: Why Everton will hold Liverpool to a draw on Sunday

Jamie Redknapp: Why Man United’s Anthony Martial will be a superstar