Gary Cahill is looking forward to Chelsea's clash with Southampton on Saturday evening... 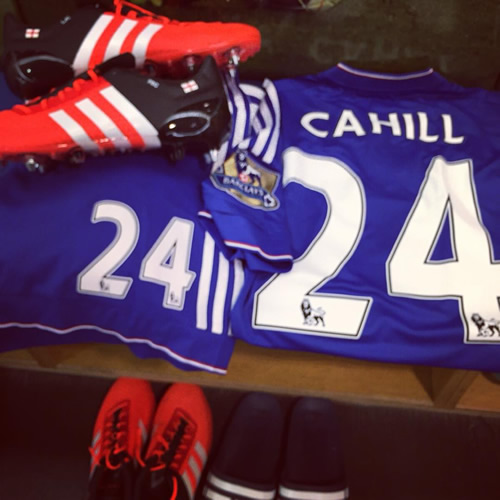 Gary Cahill is ready to help Chelsea return to winning ways in the Premier League as Jose Mourinho’s men prepare to host Southampton at Stamford Bridge on Saturday evening.

The Blues host the Saints in west London as they look to bounce back from the disappointment of their 2-1 Champions League loss to FC Porto in midweek.

Mourinho’s side head into Saturday’s clash in 15th place in the Premier League table after they were forced to come from two goals down to earn a 2-2 draw with Newcastle United last weekend.

And defender Cahill is clearly looking forward to the game, as he snapped a picture of his kit and uploaded it onto Instagram.

Cahill shared the photo above to his followers and wrote: “Game day! #comeonchelsea #cfc”

Chelsea, who have already lost five games this term, have won just two of their opening seven Premier League games this season after a stuttering start to their top-flight title defence.