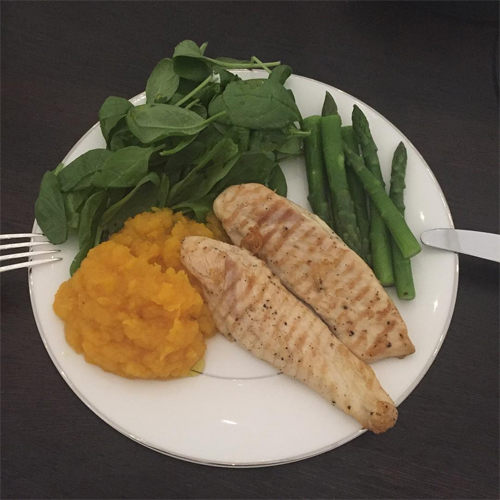 John Terry has lifted the lid on his nutrition secrets ahead of Chelsea’s clash against Liverpool at Stamford Bridge.

The Blues skipper is expected to line up against Jurgen Klopp’s side in west London in Saturday’s early kick-off in the Premier League.

And the 34-year-old was making sure his body will be adequately fuelled for the clash with a healthy and hearty dinner on Friday night.

The retired England defender looked to be tucking into two chicken breasts, spinach, asparagus and possibly some sweet potato.

Terry posted the above snap on his Instagram page and wrote the following caption:

The four-time Premier League winner has been unable to halt Chelsea’s dramatic slump this season.

The Blues crashed out of the League Cup fourth round on penalties on Wednesday night after Eden Hazard missed the decisive spot-kick.

The defending Premier League champions are 15th in the table and 11 points behind leaders Manchester City.