Jordan Henderson and Jon Flanagan work on their rehabilitation from injuries 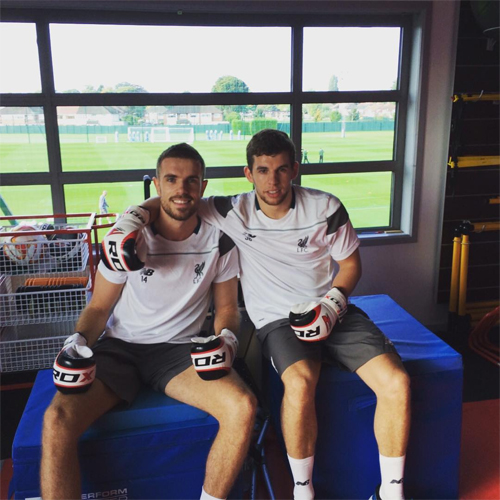 Jordan Henderson and Jon Flanagan hit the gym on Thursday morning as the Liverpool pair work on their fitness.

The Reds captain is currently sidelined after the midfielder had to undergo an operation following a fractured bone in his foot.

Flanagan, meanwhile, has been working on his recovery from a knee problem which kept the right-back sidelined throughout the 2014/15 campaign.

And the Reds duo were all smiles as they posed for a snap in the gym while their team-mates prepared for the visit of Sion on Thursday night.

Sion are without a win in six European away trips (D3 L3 – including a 3-0 default defeat at Celtic FC) – a run which stretches back to a 1-0 triumph at TPS Turku in the Intertoto Cup in June 1998.

Liverpool made it through to the knockout phase in both of their previous Europa League group stage campaigns – 2010/11 and 2012/13.