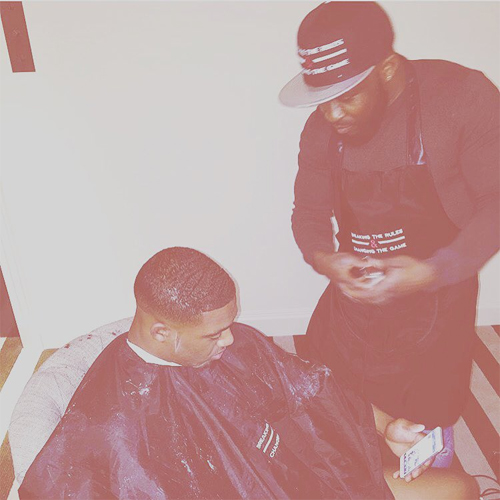 Jordon Ibe is leaving nothing to chance after the Liverpool forward got a trim ahead of the visit of Southampton on Sunday afternoon.

The 19-year-old is one of the quickest members of Jurgen Klopp’s Liverpool squad, especially since Raheem Sterling swapped Anfield for Manchester City in a £50m deal in the summer.

Ibe is still waiting to make his first Premier League start under Klopp after he came on a substitute in stalemates with Tottenham Hotspur and Rubin Kazan in the German’s opening two games in charge.

But the teenager will be boasting an aerodynamic haircut after he hit the barber’s chair for a trim ahead of Liverpool’s clash against the Saints at Anfield tomorrow afternoon.

Ibe wrote on the photo-sharing app: “Pree the hair, pree the gram.. ”

The England Under-21 international has made nine appearances in all competitions this season.

Ibe was loaned out to Championship side Derby County last season before he was recalled by Brendan Rodgers.

Andy Gray: Why Jurgen Klopp will get first Liverpool win against Southampton