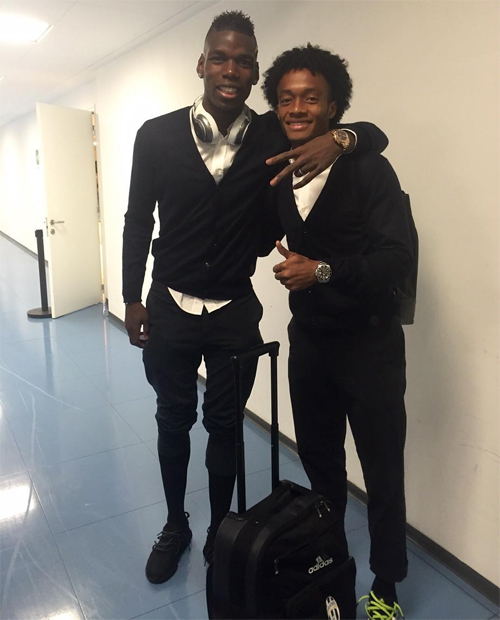 Juan Cuadrado posed for a snap with Chelsea target Paul Pogba after Juventus beat Sevilla 2-0 in the Champions League on Wednesday night.

Alvaro Morata and Zaza scored against the La Liga side to seal a comfortable win and leave last year’s runners-up top of Group D.

Cuadrado moved to the Serie A champions on a season-long loan deal after having failed to impressed at Stamford Bridge following his January transfer.

Pogba, meanwhile, was heavily linked with a £70m move to the defending Premier League champions in the summer, although a transfer didn’t materialise.

The Juventus duo were all smiles after their Champions League victory, and Cuadrado wrote on his Instagram page: “3 important points thanks to god! 💪🏾#forzajuve #finoallafine”

The 27-year-old Colombian has made five Serie A appearances for the Italian champions since his loan switch in the summer transfer window.

Pogba, meanwhile, has netted one goal in six top-flight games for the Turin outfit.