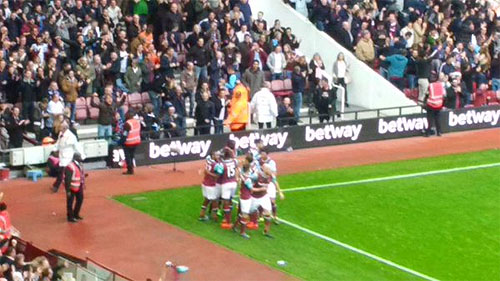 Lady Brady may be helping Lord Sugar on new Apprentice series, but the West Ham chairman is still finding time to keep tabs on her Hammers.

Baroness Brady of Knightsbridge, or Karen Brady as she is better known on The Apprentice, was in the stands at Upton Park for the visit of Chelsea.

The Hammers have enjoyed a promising start to the season and were six points clear of the defending Premier League champions in fourth place ahead of Saturday’s fixture.

West Ham have collected 17 points from a possible 27 after nine games of the Premier League season, including five victories.

The Hammers appointed Slaven Bilic as their new manager in the summer after Sam Allardyce left the east London outfit.

Lineker and more: Twitter reacts to Chelsea’s horror half at West Ham