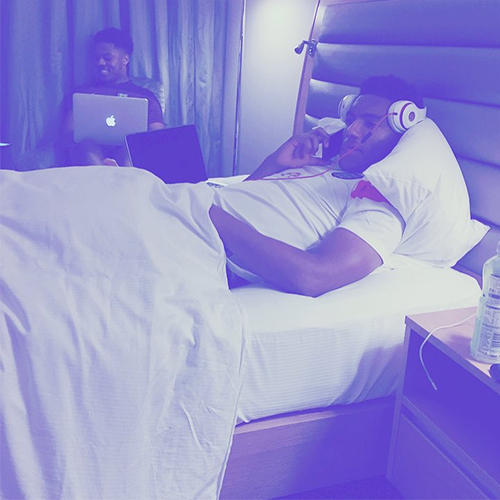 The 19-year-old full-back ruptured his cruciate ligament injury in England Under-21 side’s 3-0 victory over Kazhaktan on Tuesday night.

Gomez had made a promising start to the season under Jurgen Klopp’s predecessor Brendan Rodgers, starting Liverpool’s opening four games of the season.

And Ibe, who could line-up against Tottenham Hotspur at White Hart Lane on Saturday afternoon, uploaded a bizarre snap of Gomez in bed with a cryptic caption.

Gomez moved to Liverpool in a reported £3.5m deal from Charlton Athletic in the summer transfer window.

The Liverpool defender made his debut in a 1-0 victory over Stoke City at Britannia Stadium on the opening day of the season.

The England Under-21 international failed to score in 24 appearances for Charlton before his big summer move to the Anfield outfit.