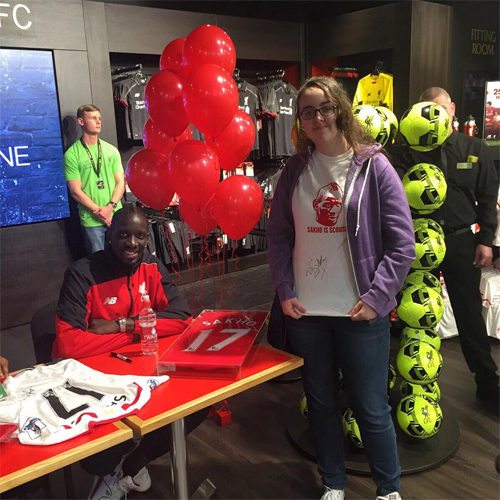 Mamadou Sakho is fast become a fans’ favourite after the Liverpool defender posed with a Reds supporter on Monday afternoon.

The France international was unable to prevent Southampton scoring a late equaliser in a 1-1 draw with the Reds at Anfield in the Premier League on Sunday evening.

Sakho was the recipient of praise from new Liverpool manager Jurgen Klopp last week after his performances against Tottenham Hotspur and Russian side Rubin Kazan.

So no wonder Sakho was all smiles as he did a meet and greet with some Liverpool supporters on Monday afternoon.

Sakho, who moved to the Reds from his boyhood club PSG in 2013, has made five appearances in the Premier League this season, racking up 540 top-flight minutes so far this term.