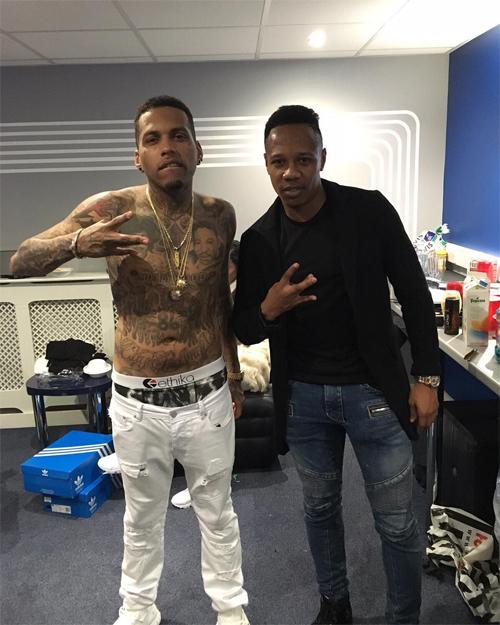 Nathaniel Clyne looks to be a big fan of rap music after the Liverpool defender met American artist Kid Ink on Tuesday night.

The England full-back found the energy to head to Manchester to watch the American rapper perform at The 02 Apollo.

Clyne was part of Jurgen Klopp’s Liverpool side that secured a point in a goalless draw with Tottenham Hotspur at White Hart Lane in the German’s first game in charge of the Reds.

The Liverpool players made more sprints than any other team in the Premier League last weekend under Klopp.

Aptly, Clyne posed with Kid Ink for a backstage snap after checking out the rapper’s Full Speed Tour last night.

Clyne wrote on his Instagram page: “@kidink Wavy night the show was LIT!! 🔥”

The England defender has made nine Premier League appearances for the Merseyside outfit this season.

Clyne moved to Liverpool in a £11.5m deal from Southampton in the summer transfer window.