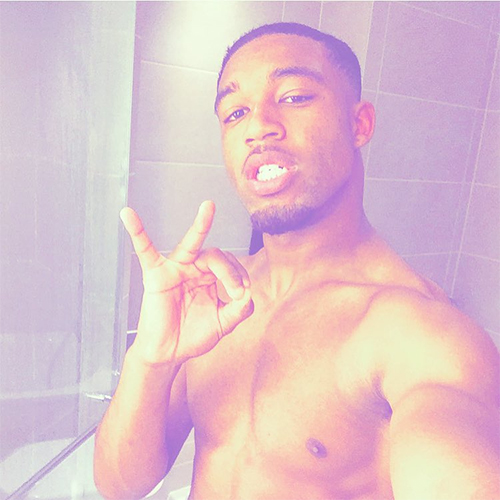 The Liverpool teenager is a prolific user of the photo-sharing app, regularly giving Reds supporters a glimpse into his lifestyle away from the pitch.

Ibe trained with new Liverpool manager Jurgen Klopp at Melwood for the first time this week after the Merseyside outfit sacked Brendan Rodgers earlier this month.

And the England Under-21 international posted the above selfie as he appeared to promote a clothing brand ahead of Liverpool’s clash against Tottenham Hotspur at White Hart Lane on Saturday.

The 19-year-old has made eight appearances in the Premier League this season.

Ibe broke in the Liverpool first-team for their 1-0 victory over Queens Park Rangers at Anfield in their final games of Rodgers’s first season in May 2012.

The England Under-21 international could feature under Klopp for the first time when Liverpool take on Tottenham Hotspur at White Hart Lane this Saturday.

Paul Merson: Why Tottenham will beat Liverpool on Saturday