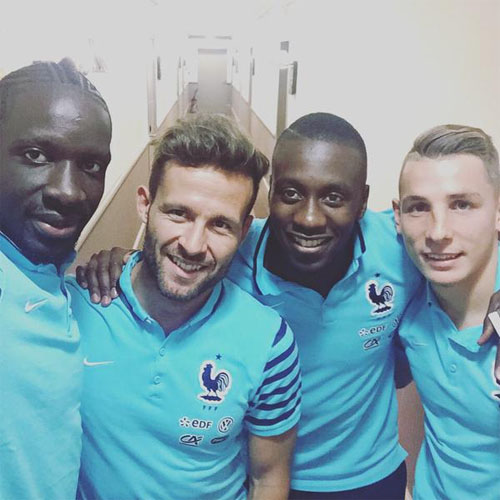 Mamadou Sakho joined former Liverpool target Lucas Digne, Yohan Cabaye and Blaise Matuidi for a selfie after joining up with the France squad.

It has been a turbulent couple of days for the Merseyside outfit after the Reds sacked Brendan Rodgers following a 1-1 draw with Everton on Sunday afternoon.

Sakho made just his second start of the season in the derby stalemate after he had struggled to dislodge Dejan Lovren in the opening six Premier League games of the season.

Digne, meanwhile, was heavily linked with a move to the 18-time English champions before he eventually joined Serie A club Roma in the summer transfer window.

The Roma star has scored one goal and has made two assists in five Serie A games since his move to the Italian capital.