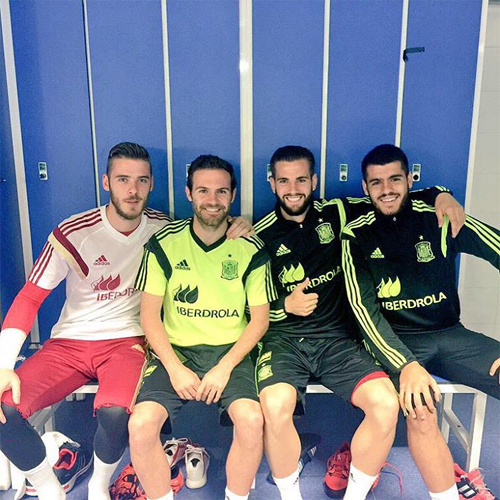 David De Gea and Juan Mata were all smiles as they posed for a snap with Arsenal target Alvaro Morata on international duty.

The Juventus striker was linked with a move to the north London side in the summer transfer window after an impressive loan spell at the Turin side last term.

However, Arsenal failed to move for the Spain international, whilst Arsene Wenger was also left empty handed in his pursuit of Karim Benzema.

Manchester United pair De Gea and Mata have been spending time with Morata during the international break, and they posed for a snap ahead of their game against Luxembourg.

Morata wrote on the photo-sharing app: “Final training session before the match tomorrow.”

Morata has blossomed into one of Europe’s most-promising strikers after a return of 15 goals in 45 games in all competitions for the Turin side last term.

The 22-year-old striker has netted just once in five Serie A games this season.