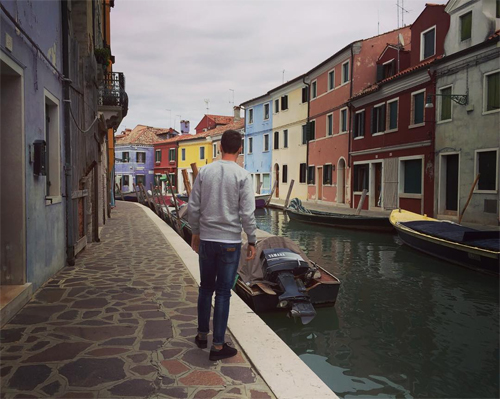 Ander Herrera enjoyed a Sunday stroll as the Manchester United midfielder made the most of the international break.

The Red Devils playmaker was omitted from Vicente Del Bosque’s squad for their recent Euro 2016 qualifier despite impressing for the 20-time English champions.

Herrera, meanwhile, has not featured for the Red Devils since a 3-0 victory over Ipswich Town in the League Cup last month.

The Spaniard is believed to have been struggling with a knee problem.

Herrera wrote on the photo-sharing app: “Burano is unique”

Herrera will be hoping to feature for the trip to Goodison Park after the international break.