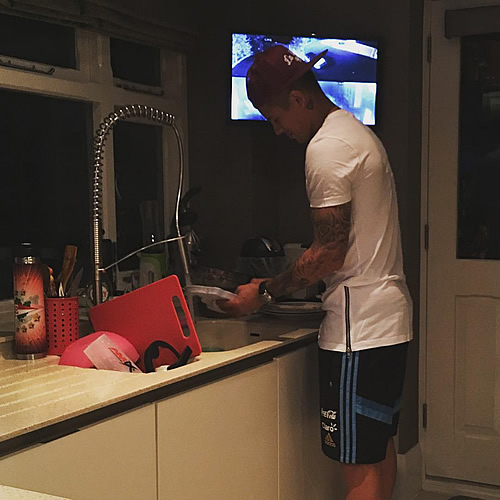 Marcos Rojo has shown his down to earth side by posting a picture of himself doing the dishes on social media.

The Manchester United defender is currently sidelined with a hamstring injury but he appears to be being kept busy at home as he bids to regain his fitness in time for the end of the international break.

Rojo uploaded the picture above onto his personal Instagram account on Tuesday evening as he did the dirty work at home.

The 25-year-old Rojo has made just one Premier League appearance for United this season due to injury and his extended summer break following his involvement in the Copa America.

He will be hoping to regain his fitness in time for the return of the Premier League on 17 October, when Manchester United travel to Goodison Park to face Everton.

Rojo joined United from Sporting Lisbon last summer in a deal reported to be worth around £16m.

Mesut Ozil: Why I have such a good understanding with this Arsenal man