Andreas Pereira is all smiles with his Portuguese friend 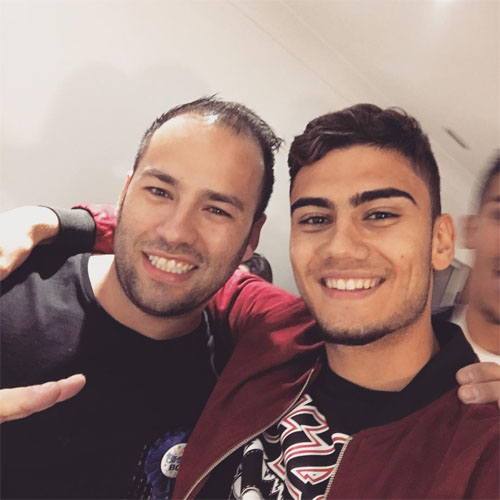 Andrea Periera has plenty to smile about this season.

The Brazilian youngster has made handful of appearances under Manchester United manager Louis van Gaal this term.

Pereira made his first full appearance in a 3-0 win over Ipswich Town in the Capital One Cup, scoring a brilliant free-kick.

The Brazil Under-20 international, who moved to United from PSV Eindhoven in 2011, has scored two times in seven games in all competitions.

And United youngster Pereira was all smiles as he took to Instagram to post a photo with his Portuguese pal on Monday night.

On 15 March, Pereira made his Premier League debut against Tottenham Hotspur, coming on as a 77th-minute substitute for Juan Mata in a 3–0 win for United.

The Red Devils lost 3-0 to Arsenal at the weekend.