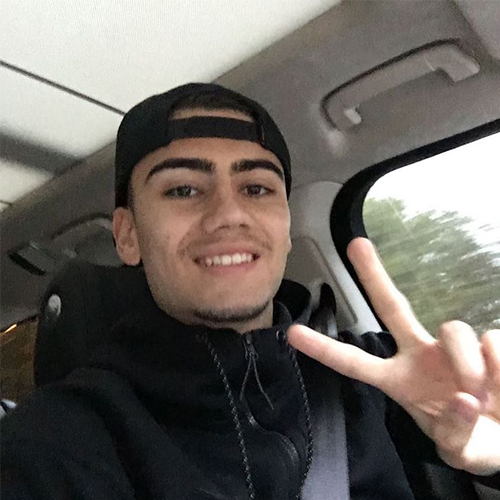 Andreas Pereira was in high spirits as the Manchester United starlet snapped a selfie ahead of Sunday’s Manchester derby at Old Trafford.

The Red Devils youngster has enjoyed a promising start to the season after securing some game time under United manager Louis van Gaal.

The Brazilian starlet didn’t feature for the three-time European champions in their 1-1 draw with CSKA Moscow in the Champions League on Wednesday night.

However, the 19-year-old refused to get downbeat about the stalemate as Pereira posted a selfie on his Instagram page early on Friday morning.

Pereira wrote on his Instagram page: “Goodmorning , I wish everyone a blessed day”

Pereira also racked up 28 minutes in the Champions League after coming off the bench in a 2-1 victory over Wolfsburg at Old Trafford earlier this month.