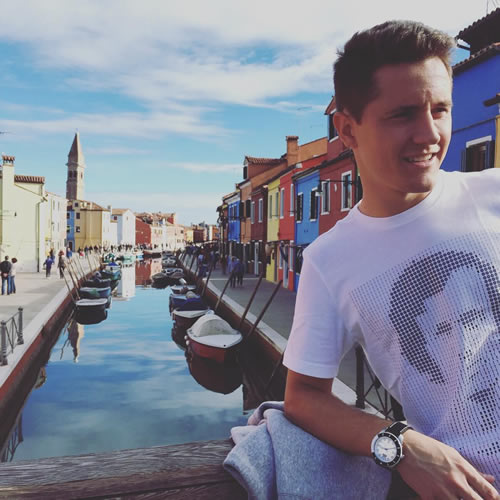 Ander Herrera looked to be fully relaxed as he enjoyed some time away from football during the international break in the Italian town of Burano.

The Spanish midfielder has been struggling with what is believed to be a knee injury in recent weeks but has been training with the Red Devils during the international break in an attempt to return to full fitness.

Herrera paid a visit to Burano, a small town near Venice, during some time off and looked to be enjoying himself during his midweek getaway.

He posted the picture above on his personal Instagram account on Wednesday afternoon and wrote: “Thanks for the gift @adidasoriginals #adidaswatches”

Herrera will be hoping to feature for United’s trip to Everton at Goodison Park on Saturday afternoon.

Photos: Klopp all smiles as Liverpool train ahead of Tottenham clash