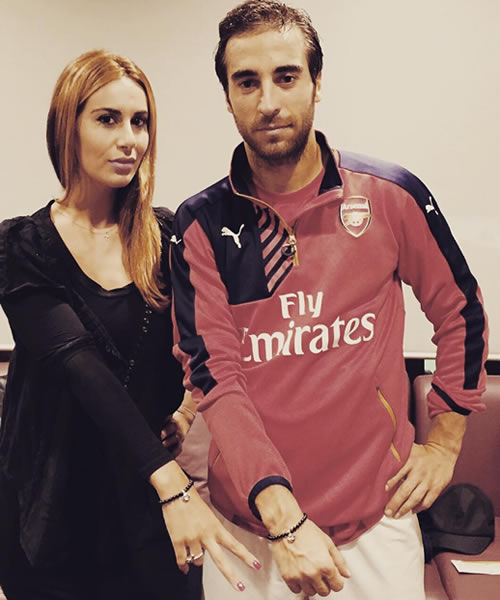 Mathieu Flamini has taken to social media to show off his latest addition to his accessory drawer as he and his Arsenal team-mates prepare for their trip to Swansea City in the Premier League on Saturday afternoon.

The Arsenal midfielder started for the north London side as Arsene Wenger’s men were beaten 3-0 by Sheffield Wednesday in the fourth round of the League Cup on Tuesday night.

The Frenchman has made four appearances for Arsenal in all competitions this season but was unable to prevent the Gunners from slipping to a heavy defeat at Hillsborough in midweek.

And with Arsenal now turning their attentions back to the Premier League as they look to return to winning ways, Flamini will be hoping that his new bracelet will serve as a good-luck charm ahead of their trip to the Liberty Stadium.

Flamini shared the picture above on his personal Instagram account on Thursday afternoon and wrote: “Really cool the new SHEEVA bracelet @SHEEVA_LONDON”

Arsenal are currently second in the table and level on points with leaders Manchester City.

Paul Scholes: I wouldn’t have wanted to play in the current Man United team

Santi Cazorla: How I have had to step up my game at Arsenal