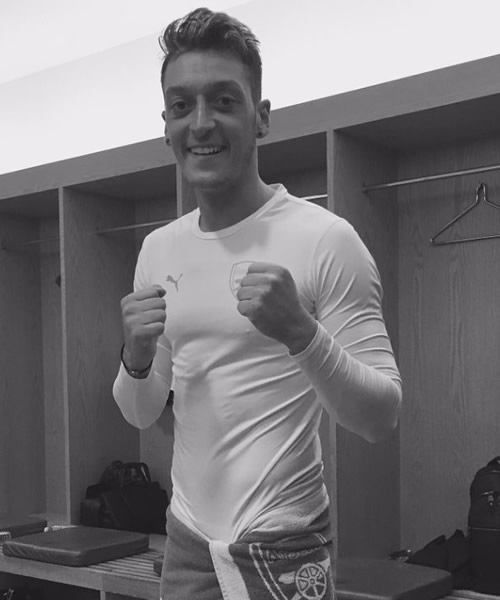 Mesut Ozil was all smiles as he posed for a picture in the Arsenal dressing room after helping the Gunners secure a thrilling 2-0 win over Bayern Munich in the Champions League on Tuesday night.

Ozil then secured the win when the Germany international turned in Hector Bellerin’s cross in stoppage time.

The victory in north London left Arsenal third in Group F after three games, and three points behind both Bayern Munich and Olympiacos, who beat Dinamo Zagreb on Tuesday night.

The Gunners now turn their attentions to Saturday’s Premier League clash with Everton.