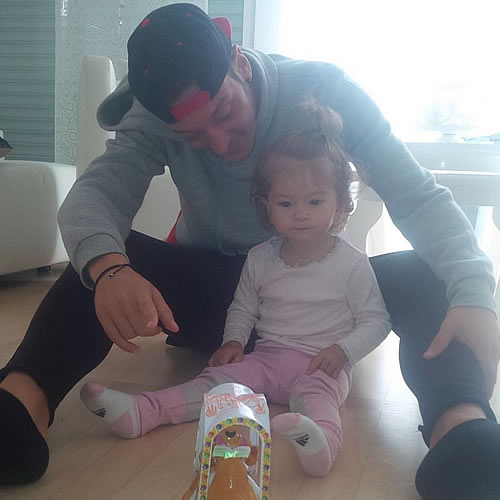 Mesut Ozil shared this picture of himself playing with his niece on Monday Photo: Mesut Ozil /Instagram

Mesut Ozil enjoyed some well-earned downtime on Monday afternoon after helping to inspire Arsenal to an emphatic 3-0 win over Manchester United at Emirates Stadium on Sunday.

The Germany playmaker was in fine form for Arsene Wenger’s men as he set up one goal and scored once in the north London side’s impressive victory over the Red Devils.

And Ozil enjoyed spending some quality time with his niece at home on Monday afternoon as he reflected on the Gunners’ emphatic win over their bitter rivals.

Ozil has been one of Arsenal’s standout performers in recent weeks to help the north London side up to second place in the Premier League table.

He has so far scored one goal and made one assist for the Gunners in the top flight.

Arsenal return to Premier League action when they take on Watford on 17 October after the international break.