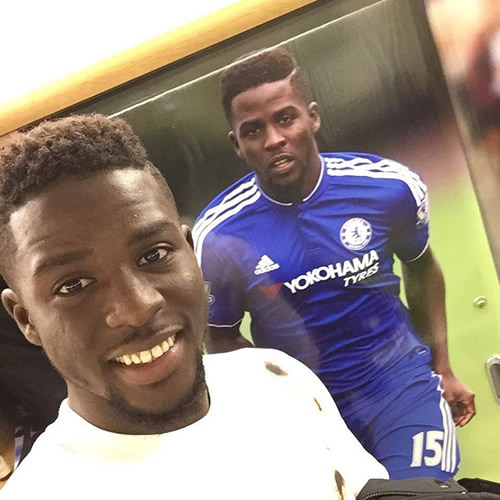 Papy Djilobodji may still be waiting to make his Premier League debut for Chelsea – but the defender is clearly keeping himself in good spirits as he bides his time on the sidelines.

The 26-year-old has only made one appearance for the Blues since his deadline day transfer from Nantes last month, when he was a late substitute in the League Cup win over Walsall in September.

However, the defender looks to be in high spirits despite his lack of playing time.

Djilobodji posted the picture above of himself, in front of a picture of himself, on his personal Instagram account on Sunday night, and wrote: “I know this guy!

Chelsea returned to winning ways in the Premier League with a 2-0 win over Aston Villa at Stamford Bridge on Saturday afternoon.

The west London side, who are still 10 points behind Premier League leaders Manchester City, travel to Dinamo Kyiv in the Champions League on Tuesday night.