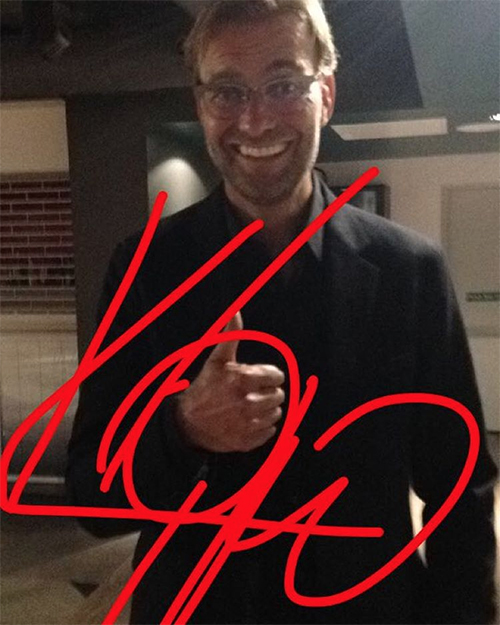 Jurgen Klopp couldn’t keep his trademark grin off his face as the new Liverpool manager starred in the club’s Snapchat story.

The 48-year-old described himself as ‘the Normal One’ as he was quizzed by the British media following his appointment on Thursday.

Klopp has put pen to paper on a three-year deal with the 18-time English champions, which is estimated to be worth £15m.

The charismatic German faced the British media in his first press conference since being appointed as Liverpool boss, and it wasn’t long before Klopp starred on Snapchat.

The new Liverpool manager will face Tottenham Hotspur at White Hart Lane in his first Premier League game in charge of the 18-time English champions.

Klopp takes over the Reds in 10th place in the Premier League table after a return of 12 points from a possible 24 following eight top-flight games.

The German won two Bundesliga titles during an seven-year spell in charge of Dortmund.