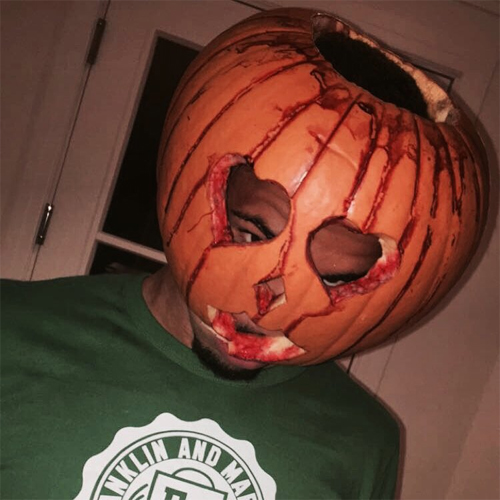 Chelsea may have lost their fear factor this season, but Ruben Loftus-Cheek looks to have found a solution for the struggling champions.

The Blues suffered their sixth defeat of the campaign on Saturday afternoon after a 2-1 loss to London rivals West Ham United at Upton Park in controversial circumstances.

Loftus-Cheek’s services may be required in the coming weeks with Nemanja Matic set to serve a suspension after his red card in the first half of the 2-1 defeat.

And the England Under-21 will certainly intimidate his opponents if Loftus-Cheek sports his Halloween costume, which the midfielder proudly posted on Instagram.

Loftus-Cheek wrote on the photo-sharing app: “Might as well wear it 🎃😄”

The Blues face bitter rivals Liverpool at Stamford Bridge in their next Premier League fixture.