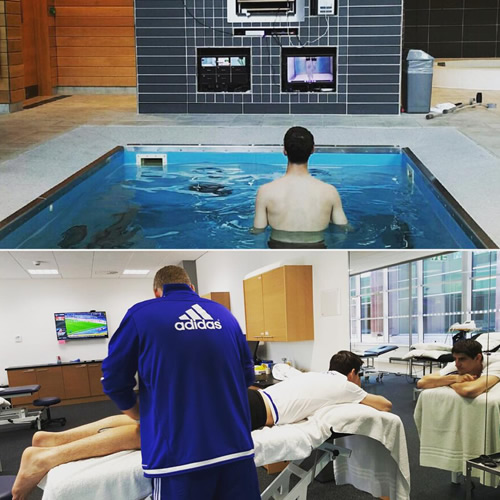 Thibaut Courtois has finally given Chelsea fans some good news by taking to social media to reveal that his recovery from knee surgery is progressing well.

The west London club’s stuttering start to the season continued on Saturday evening as they slumped to a shock 3-1 loss to Southampton at Stamford Bridge.

That defeat, which was Chelsea’s fifth of the season, served to further increase the pressure on manager Jose Mourinho, whose side are already 10 points behind leaders Manchester City.

Courtois is currently recovering from knee surgery after going under the knife last month.

However, the goalkeeper, who is expected to be out of action for three months, took to Instagram to reassure fans that he is heading in the right direction as he bids to regain his fitness as soon as possible.

Courtois shared the photos above on his personal Instagram account and wrote: “Another good day at rehabilitation today! #cfc #workhard #comebackstronger 💪🏼”

Chelsea return to Premier League action with a home clash against Aston Villa after the international break.