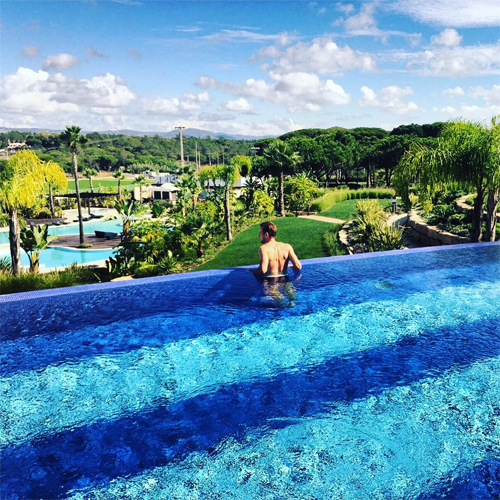 Harry Kane was making the most of the sunny weather in Portugal after the Tottenham Hotspur striker rewarded himself with an October break following his hat-trick heroics.

The reigning PFA young player of the year answered his critics in emphatic style with a treble in the north London side’s 5-1 victory over Bournemouth at Dean’s Court on Sunday.

The hat-trick was Kane’s first goals since his strike in a 5-2 victory over Premier League leaders Manchester City at White Hart Lane last month.

And after facing accusations of being a “one-season wonder”, Kane relaxed in the swimming pool with sweeping views of the Portuguese landscape as the likes of Arsenal were occupied with the League Cup on Tuesday.

The Spurs striker has scored four Premier League goals in 10 top-flight outings so far this season.

The north London side face Aston Villa in their next Premier League fixture at White Hart Lane on Monday night.

Thierry Henry: Why Chelsea must stick with Jose Mourinho