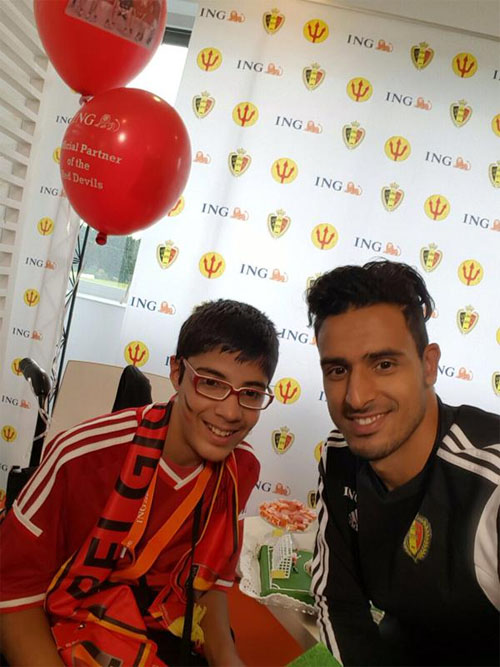 Nacer Chadli has been catching up with some young Belgium fans during the international break.

The Tottenham Hotspur midfielder linked up with the Red Devils earlier this week after Spurs drew 2-2 with Swansea City in the Premier League on Sunday.

Chadli has enjoyed a decent start to the new season, scoring one goal in eight top-flight appearances for the north London side.

And the 26-year-old Tottenham forward has been giving back to his fans as part of his work with Belgian-French charity Villa Indigo.

It was great meeting you yesterday, Silvio! Check out this amazing project: http://t.co/M6pyTbAt5t pic.twitter.com/broYWpflI1

The Spurs forward scored 11 goals and made five assists in 35 Premier League games to help the Lilywhites secure qualification for next season’s Europa League.

Chadli, who has netted 18 times in 75 appearances in all competitions for Spurs, moved to White Hart Lane from Eredivisie side FC Twente in 2013.

He has scored three goals in 27 caps for Belgium.