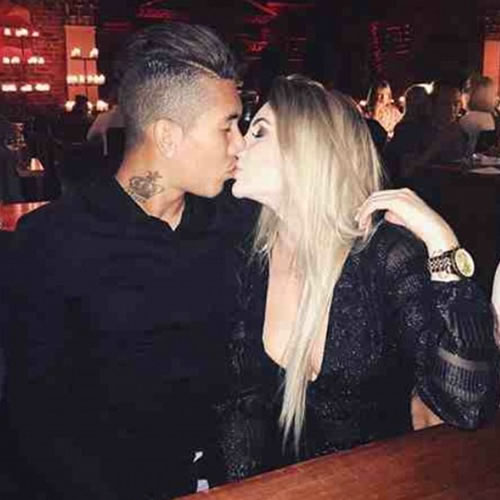 Roberto Firmino looks to be keeping himself in good spirits away from football as the Liverpool new boy looks to regain full fitness.

The Brazilian, who joined the Merseyside outfit from Hoffenheim during the summer transfer window, has been struggling with a back injury but is understood to be close to making a comeback.

Firmino will be eager to return to fitness and prove himself to new manager Jurgen Klopp, who was appointed as Brendan Rodgers’ successor at Anfield last week.

Firmino’s wife Larissa Pereira shared the picture above of the couple sharing a kiss while on a night out on her personal Instagram account.

Liverpool return to Premier League action when they take on Tottenham Hotspur at White Hart Lane on Saturday lunchtime in what will be Klopp’s first game in charge of the Reds.