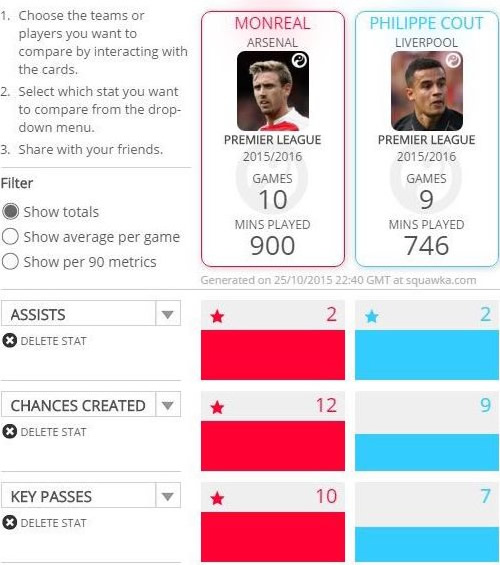 The Spaniard has successfully displaced Kieran Gibbs as the north London side’s first choice left-back this season and has started all 10 of the Gunners’ Premier League games.

However, the 29-year-old’s quality going forward has also been one of the key aspects of his successful run in the north London side’s line-up.

Now, these stats show that Monreal has been more effective than Liverpool playmaker Philippe Coutinho in attack this season.

Monreal is leading the Brazilian in terms of chances created and key passes, with both players having notched up two assists for their team-mates this season.

The stats, supplied by Squawka, compare Monreal’s 10 appearances in the Premier League this season to Coutinho’s nine.

Monreal will be hoping to feature when Arsenal return to Premier League action with a trip to Swansea City on Saturday afternoon.