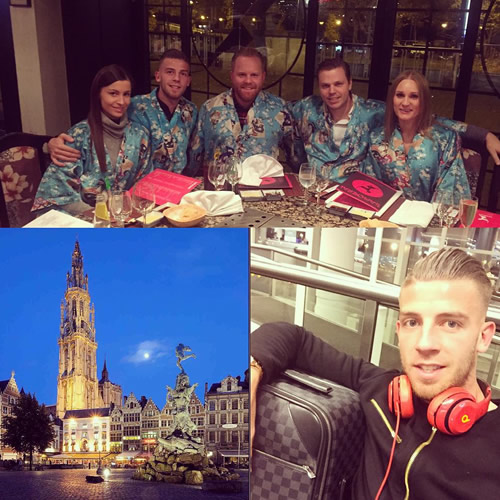 Toby Alderweireld enjoyed some well-earned downtime this week as Tottenham Hotspur enjoyed a few days off ahead of their Premier League clash against Aston Villa on Monday night.

Mauricio Pochettino has opted to give some of his squad some time away from football after their elimination from the League Cup at the hands of Arsenal last month.

The 26-year-old has started all 10 of Tottenham’s Premier League games this season and played the full 90 minutes as Spurs dismantled Bournemouth 5-0 at the weekend.

And Alderweireld enjoyed a trip to his homeland over the weekend before turning is attentions back to Tottenham and gearing up for Monday’s home clash against the Villains at White Hart Lane.

Alderweireld posted the series of photos above on his personal Instagram account and wrote: “Had a lovely two days in Antwerp. Always nice to see family and friends again. Now back to london

Tottenham head into Monday’s clash with Aston Villa in sixth place in the Premier League table and five points behind leaders Manchester City.