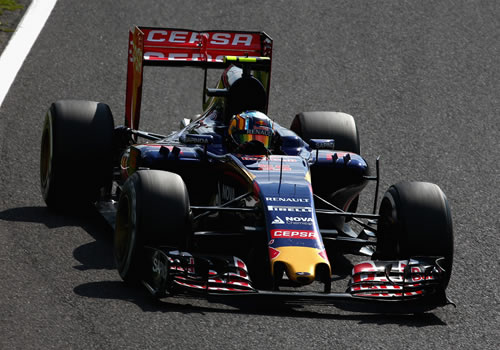 Toro Rosso are on the verge of agreeing a deal with Ferrari to supply their engine for 2016, The Sport Review understands.

The Formula 1 futures of both Toro Rosso and Red Bull have been sources of speculation in recent days, with owner Dietrich Mateschitz threatening to quit the sport at the end of the season if the teams don’t secure fast and reliable engine suppliers.

It was initially thought that both teams had agreed deals with Ferrari last week to take the Italian company’s engines for 2016, however, it is now believed that while Toro Rosso would be willing to take the 2015 model, Red Bull would only want the newest version.

However, any deal would not include the Shell fuel Ferrari have been using.

Ferrari are believed to be reluctant to supply their 2016 engine to either team, but would be willing to provide the engine they finish with this season.

Talks have been ongoing for a number of days, and a source close to Toro Rosso has confirmed to The Sport Review that Ferrari officials were at the team’s Bicester wind tunnel facility last week to explain how to fit the Italian supplier’s engine into their car.