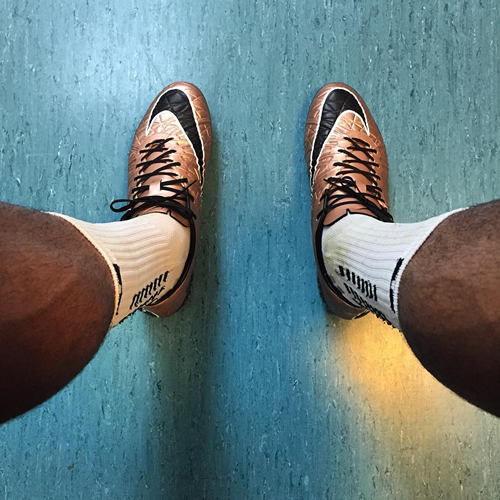 Alex Oxlade-Chamberlain has taken to social media to hand Arsenal a significant boost ahead of Sunday’s Premier League clash at Norwich City.

The England midfielder has been out of action since suffering a hamstring injury in the opening exchanges of Arsenal’s defeat by Sheffield Wednesday in the League Cup last month.

Gunners boss Arsene Wenger revealed on Thursday that Oxlade-Chamberlain could be set to make his return from the problem during Sunday’s clash with the Canaries at Carrow Road.

And the 22-year-old used his personal Instagram account to declare himself ready to return to action on Saturday afternoon after completing training with Wenger’s first-team at London Colney.

Oxlade-Chamberlain shared the picture above on the photo-sharing app and wrote: “Ready

The midfielder has made 10 Premier League appearances for Arsenal so far this season but has started only three top-flight games this term.