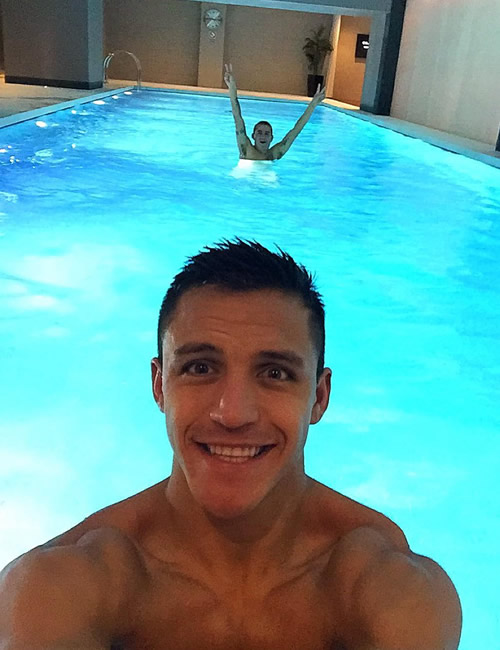 Alexis Sanchez looked to be in high spirits as he enjoyed a swim with a friend as he and his Arsenal team-mates prepare for Sunday’s trip to Norwich City.

The Chile international was in fine form once again as he scored two goals to help Arsene Wenger’s men secure a 3-0 win over Dinamo Zagreb in the Champions League at Emirates Stadium on Tuesday night.

Sanchez has been one of the Premier League’s standout performers this season and has already netted six goals in the top flight for the north London side to help them up to fourth place in the table.

And the 26-year-old will be expecting to feature and make an impact once again when Arsenal take on Norwich City at Carrow Road on Sunday afternoon.

Sanchez warmed up for the game with swimming session with his friend in his private pool on Friday night.

The former Barcelona star posted the picture above on his personal Instagram account and wrote: “Training with my friend David.”

Speaking at his pre-match news conference on Thursday, Arsenal manager Wenger admitted that he will have to give Sanchez a rest at some point after a gruelling start to the season.