Watch: Alexis Sanchez gives Arsenal fans the update they were waiting for

Much of the talk amongst Arsenal fans heading into the international break centred around Alexis Sanchez and concerns about the forward suffering from fatigue.

The Arsenal forward has been in sensational form for the Gunners so far this season but showed signs of tiredness during recent outings, including the 1-1 draw with Tottenham Hotspur earlier this month.

Sanchez has already made 12 Premier League appearances for Arsenal this term, scoring six goals to help Arsene Wenger’s men up to second place in the table.

However, there were concerns about whether Sanchez could burn out if not given some time to recuperate, with the forward having played the full 90 minutes in the 1-1 draw against Colombia on Friday.

Sanchez is a doubt for Chile’s game against Uruguay on Tuesday due to a calf strain. 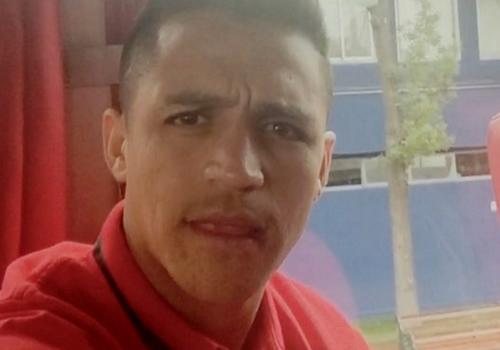 But the forward appears to be full of energy and does not look like he needs a rest at all – if his latest post on Instagram is anything to go by.

Sanchez shared the video above on the photo-sharing app and wrote: “You lack energy? I send you mine! #mienergiaespara…”

The post will come as a boost to Arsenal, who travel to West Bromwich Albion in the Premier League on Saturday afternoon.

Sanchez has played the full 90 minutes for Arsenal in his last three outings for Wenger’s men.

Carragher, Given and more: Twitter reacts as Rep of Ireland qualify for Euro 2016

Barcelona legend: I thought Man United boss was an idiot