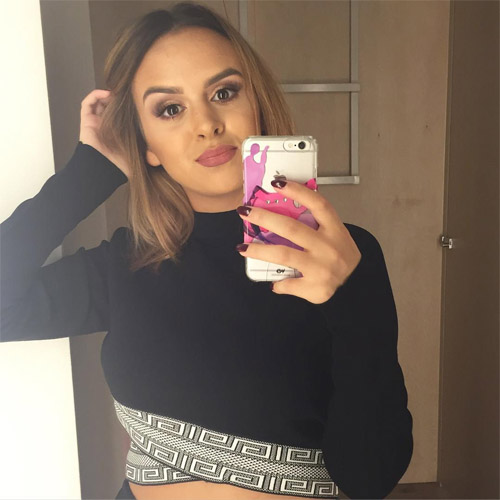 Manchester United supporters will hope Anthony Martial can sparkle as much as his significant other on Saturday afternoon.

Samantha Martial took to Instagram to post a radiant selfie as her husband prepared for United’s top of the table clash at Leicester City.

The recently-capped France international has failed to score since a 1-1 draw with CSKA Moscow in the Champions League in early October.

Martial has failed to find the net in the Premier League since his brilliant brace in a 3-2 victory over Southampton at St Mary’s on 20 September.

However, his beautiful wife certainly found the back of the net with her selfie on Instagram this morning.

One cheeky United supporter asked the French beauty to give tips to her husband on how to score.

Instagram user sheraz_jutt wrote: “Give some tips for Martial to score goals ”

The France teenager moved to United in a £36m deal from Ligue 1 side Monaco in the summer transfer window.

Martial’s big-money switch to the Red Devils made him the most expensive teenager in European football.