Photo: Cesc Fabregas all smiles with his girlfriend ahead of Chelsea v Norwich 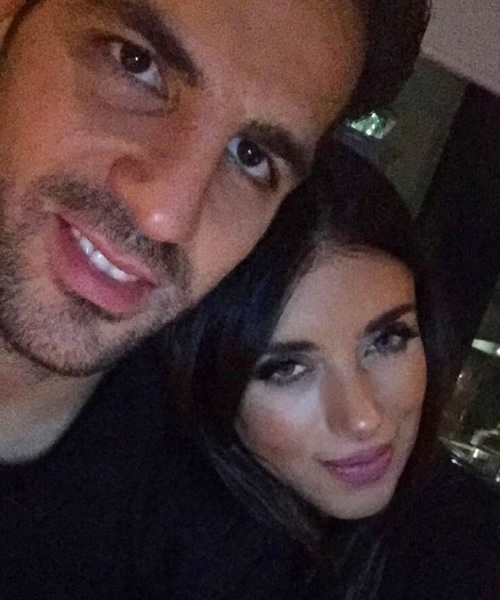 Cesc Fabregas looked happy to be home after the international break as he posed for a picture with his girlfriend Daniella Semaan on Wednesday night.

The Chelsea midfielder was in action for Spain against England in last week’s friendly win.

Fabregas travelled back to London earlier than anticipated after Spain’s friendly with Belgium was cancelled due to security fears in the wake of the deadly Paris attacks.

The 28-year-old will be keen to help Chelsea return to winning ways in the Premier League on Saturday when Jose Mourinho’s men host Norwich City at Stamford Bridge.

Fabregas’s girlfriend Semaan posted the picture above of the happy couple on her personal Instagram account on Wednesday and wrote: “My Rib

Chelsea slumped to their seventh defeat of the season as they were beaten 1-0 by Stoke City in their most recent top-flight outing before the international break.

The Blues are currently languishing in 16th place in the Premier League table and just three points above the relegation zone.