Dele Alli took on two of his Tottenham team-mates at pool on Thursday - but who won? 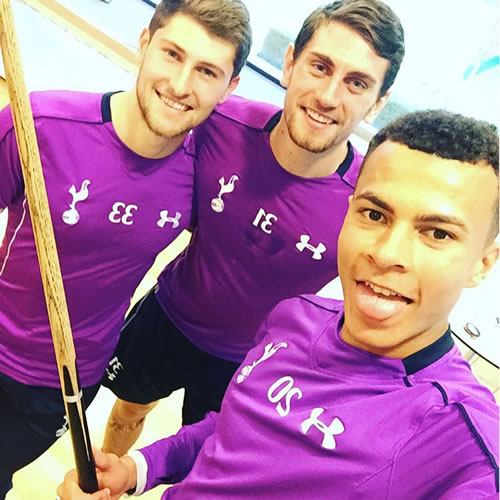 Dele Alli has taken to social media to challenge his followers to guess who won at a game of pool between himself, Ben Davies and Luke McGee on Thursday morning.

The 19-year-old was the star of the show as England secured a 2-0 friendly win over France on Tuesday night at Wembley.

Alli scored a wondrous strike in the first half against Les Bleus to send Roy Hodgson’s men on their way to victory on his first full international debut.

And the teenager was enjoying some well-earned downtime at Tottenham’s training ground on Thursday as he took part in a game of pool with his team-mates.

Alli will be expecting to feature when Tottenham return to Premier League action with a home clash against West Ham United on Sunday afternoon.

The north London side were held to a 1-1 draw by local rivals Arsenal in their most recent top-flight outing.