Eden Hazard was clearly in a cheerful mood on Monday morning...

Eden Hazard seemed to be in high spirits on Monday morning after helping Chelsea secure a goalless draw at Tottenham Hotspur on Sunday.

The Belgian playmaker was in good form for the Blues as he led the front-line for Jose Mourinho’s men at White Hart Lane.

Hazard and his Chelsea team-mates were forced to settle for a point against the Lilywhites to leave the Blues in 14th place in the Premier League table and 14 points behind leaders Manchester City.

And the 24-year-old looked to be in a good mood on Monday morning, as he uploaded the video above of himself singing along to a Gradur song. 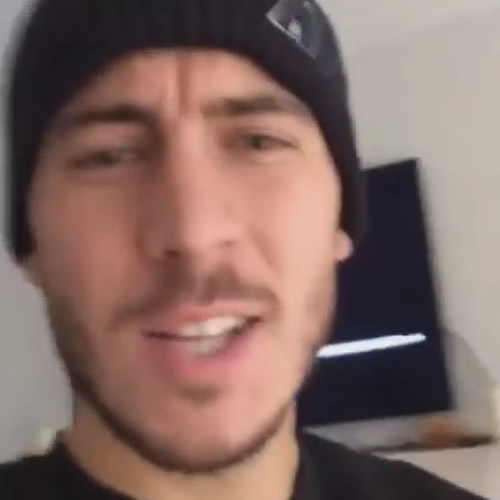 PFA player of the year Hazard has been a regular fixture in Chelsea’s first team this season. He has made 14 Premier League appearances and notched up two assists in the top flight.

He has also featured five times for the Blues in the Champions League.

Hazard will be expecting to feature when Chelsea host Bournemouth in the Premier League next Saturday evening.