Photo: Harry Kane all smiles as Tottenham jet off to Azerbaijan

Harry Kane is ready to jet off with Spurs 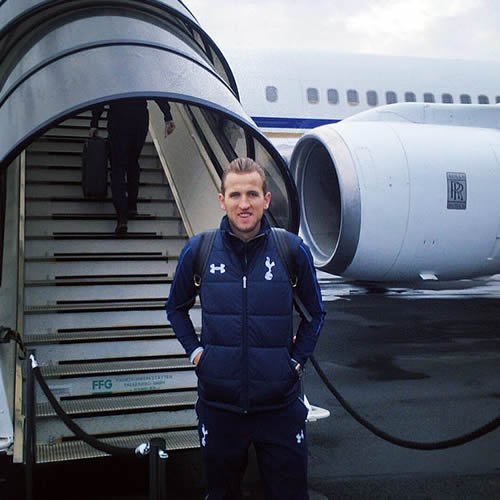 Harry Kane looked in good spirits as he posed for a picture before boarding the plane with his Tottenham Hotspur team-mates ahead of their flight to Azerbaijan.

The north London side take on Qarabag FK in the Europa League group stage on Thursday night and Kane looked pleased to be jetting off with Mauricio Pochettino’s squad.

Qarabag took the lead at White Hart Lane on 17 September but Spurs recovered to triumph 3-1 in the sides’ first encounter. It was Tottenham’s first meeting with Azeri opponents and Qarabag’s maiden game against an English side.

Tottenham are in good form domestically and Kane scored twice as they beat West Ham United 4-1 on Sunday afternoon – but they are without a win in four European away games.

In seven previous Uefa Cup and Europa League campaigns, Spurs have only once failed to reach the round of 32 – back in 2011-12.