Photo: John Terry enjoys a coffee in his jacuzzi before Chelsea training

John Terry enjoyed a relaxing start to the day on Sunday... 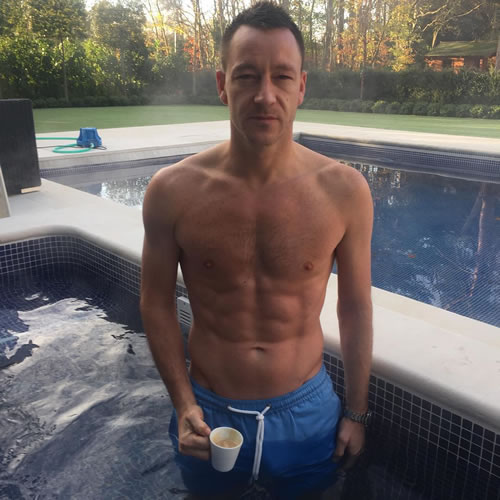 John Terry braved the wintry conditions in southern England on Sunday morning as he enjoyed a coffee by his pool before heading to Chelsea training.

The Chelsea captain helped Jose Mourinho’s men finally return to winning ways in the Premier League with a 1-0 victory over Norwich City at Stamford Bridge on Saturday afternoon.

Diego Costa scored the only goal of the game in the 64th minute in west London as the Blues bounced back from their defeat by Stoke before the international break.

But there was no rest for Terry and his Chelsea team-mates on Sunday, as they prepared for a light training session before jetting off to Israel ahead of their Champions League clash with Maccabi Tel Aviv on Tuesday night.

Terry shared the picture above on his personal Instagram account on Sunday morning and wrote: “Jacuzzi and Double Expresso

to start the day. Loving my @thomasroyall swim shorts

Now off to training then travelling to Israel

Saturday’s win over Norwich left Chelsea in 15th place in the Premier League table after 13 games.