Lawrence Dallaglio on ‘signing of the season’ George Smith at Wasps 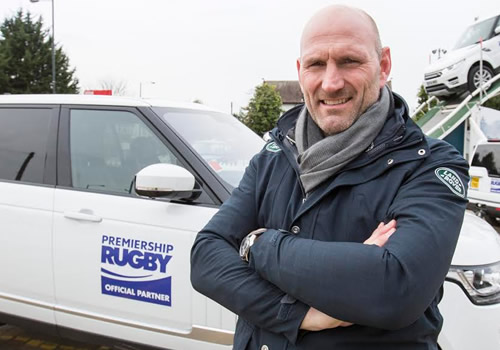 World Cup winner Lawrence Dallaglio has described former Wallaby George Smith as the Aviva Premiership’s signing of the season so far after a sensational start to his life at Wasps.

Capped 111 times by Australia, Smith moved to the Ricoh Arena in the summer after an impressive spell with Lyon in the Top 14 in France.

Smith has formed a formidable back row partnership with Nathan Hughes and James Haskell this season as Wasps have won three of their opening five Aviva Premiership fixtures.

But perhaps his most impressive performances in black and gold have come in Europe this season, where Wasps have defied the odds to beat both former champions Leinster away from home and big-spending Toulon in Coventry.

It’s not just on-field contributions that have seen Smith sparkle; it’s also his ambassadorial skills and leadership within the squad off the field that have made the Aussie a huge success in the Midlands.

Smith narrowly missed out on World Cup selection in the summer and Australia’s loss has certainly been Wasps’ gain as the experienced openside has hogged the headlines.

And Dallaglio believes his presence for Wasps will give Dai Young’s men an extra dimension this season as they look to challenge for silverware.

“Arguably one of the best signings of the season and across any club is George Smith,” said Dallaglio, who is a Land Rover ambassador. “I don’t think Dai Young can speak highly enough of his contribution on and off the field.

“Thus far he has played every minute of every game up until the weekend against London Irish, but he’s been magnificent.

“111 caps for Australia – he’s been a model professional on and off the field and he’s proved to be a very astute signing and I’m sure the guys at Wasps are really enjoying playing with all of the new signings.

“George Smith has been a quality player over a number of years – he was a tricky customer when he was young and when I played against him.

“So now with all that experience he’s got you can see why he’s been such a great addition to the Wasps squad.”

It’s not just Smith that has been recruited in the summer by Wasps boss Young, Leinster half back Jimmy Gopperth has arrived alongside Dan Robson from Gloucester, James Johnston from Saracens, plus Frank Halai and Charles Piutau from the Blues.

And Dallaglio is convinced the influence of the new arrivals – particularly Halai and Piutau – have moved Wasps to a new level this season.

“Everyone talks about the southern hemisphere and their influence – there’s no doubt that there’s real quality in those signings,” added Dallaglio.

“It’ll be great to have George Smith and Piutau for 12 months – and if you look at the journey Wasps have been on – one year or two years ago these sorts of things would have been unthinkable.

“They were nearly out of business. They moved to the Ricoh which has been an unbelievable move.

“They’re now in control of their own destiny – over 20,000 fans turning up to European games, beating the three times champions.

“But Wasps will tell you that they’ll keep their feet firmly on the ground, they’ve always been that type of club. But the good news is that whenever top quality players come on the market now, Wasps can be in those conversations if they want to be.

“So I have no doubt that Dai has a very good, strong squad there and he spends the money like it’s his own, but he’s always on the look out to make some very useful additions to that squad.”