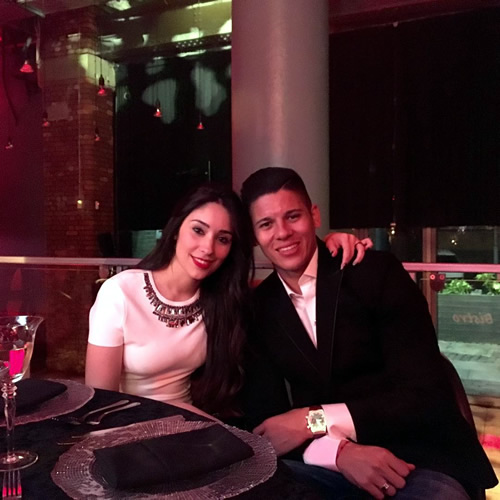 Marcos Rojo looked in good spirits as he celebrated his anniversary with his girlfriend Eugenia Lusardo after helping Manchester United seal a Champions League win over CSKA Moscow on Tuesday night.

And the defender looked in a relaxed mood as he enjoyed some dinner with his long-term partner Eugenia after the European victory.

Rojo’s girlfriend posted the picture above of the happy couple on her personal Instagram account on Wednesday night and wrote: “Happy Anniversary my love!!

thanks for so many years together and the family that we are !

You make me the happiest woman, I love you with all my heart

Rojo and Eugenia have been together for some time and have a young daughter together called Morena.

The defender will now turn his attentions back to the Premier League and helping Manchester United prepare for their home clash with West Bromwich Albion at Old Trafford on Saturday afternoon. 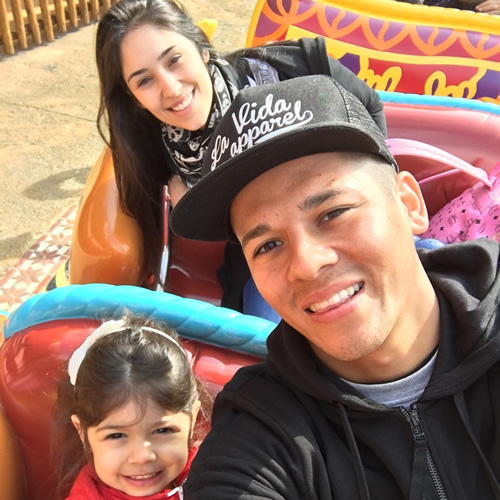 Rojo has been a regular fixture in the Red Devils’ first team this season, making eight appearances in all competitions for Van Gaal’s men.

United are currently fourth in the Premier League table and four points behind leaders Manchester City.